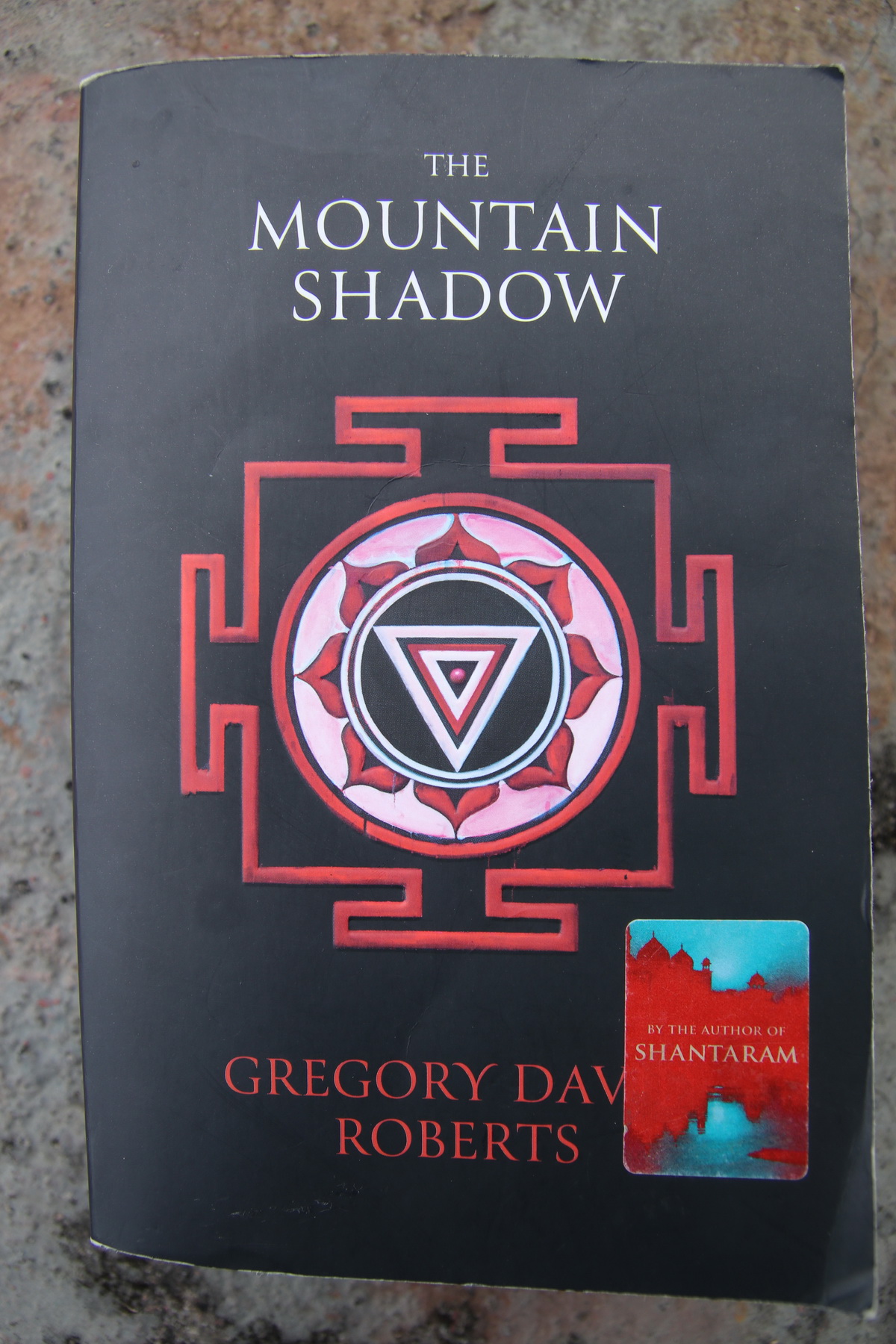 The Mountain Shadow: is a book I was looking forward to read for many years. If you’ve read my review for Shantaram then you’ll know I felt it was one of the best travel books I’ve ever come across. By proxy the follow-up was with going to be just as epic or a let down.

Better yet, it was a direct follow-up of Australian Lin (Shantaram) and the host of characters that lived fugitive gangster style lives on the streets of Mumbai, India would all be back.

By all accounts I waited for the right peaceful moment to take on this near 900 page book which the author said would be his last.

What is The Mountain Shadow?

In the original Shantaram book Lin, escaped prison in Australia and made his way to Mumbai where he became a slum doctor and gangster. Filled with memorable characters it was an adventure across many countries featuring love, death, friendships and page turning excitement.

The Mountain Shadow promised to continue on the story as Lin lived on in Mumbai without his love Karla who married another. Gang life was becoming more treacherous and rumors of a holy man on a mountain seemed to hold the answers.

The start of The Mountain Shadow seemed to set up all the colorful characters again. Thusly the book could be read as a standalone. Fair enough. However, this introduction seemed quite exhausting. Indeed after the first hundred pages I was wondering when the action would begin.

There’s a new antagonist who seems interesting along with the storyline surrounding Lin. It starts to catch on but then abruptly fades away as very short side stories enter the book. Then comes Karla to the rescue only for Lin to do nothing but meander about with heartfelt thoughts. Nearly every chapter starts with a Lin aphorism which becomes monotonous after a while.

The writing style in The Mountain Shadow is very different to Shantaram. Lin is no longer so likable. In fact his ego and self-guru like qualities come across as grating in places. Shantaram had more doubts and learning from others. Here Lin smokes weed at nearly every event and seems to be less colorful than some of the older cast members.

Sadly I struggled to get through this book with ease. It was no page turner.

A let down after Shantaram

After nearly 10 years of waiting for The Mountain Shadow it was indeed a disappointment. The best part of the book was the first quarter and to have a conclusion.

Indeed the book would have been much better just being a third of the size. It’s in this third that most of the meaningful story occurs. There’s very little about India – the smells, characters and tastes the former book introduced. Indeed even as Lin goes off to Sri Lanka it was virtually non-descriptive in comparison.

I’m not sure if there was an editor involved here or whether David Gregory Roberts was allowed full reign. I think maybe the later. That’s what it feels like.

As a standalone book it’s okay. Just long for the story involved.

For those that enjoyed Shantaram I have no doubt you’ll want to read this book. Do so not expecting much and you might come away with a concluding story at least. In that sense if you or a person you know enjoyed Shantaram then this book is practically a must buy for a conclusion to these memorable characters alone.

Where to buy The Mountain Shadow

From Amazon UK:
The Mountain Shadow