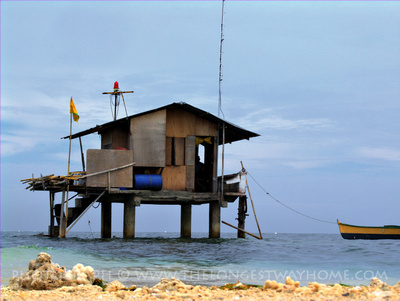 I’ve both traveled and tried living in the Philippines. Throughout my journals you can see that I have had both a very positive experience, and what I can only call life lessons for this journey.

The Filipino people themselves are very easy going, and it’s hard not to like them.

On the otherhand, I’ve yet to actually say very many nice words about any foreigner I’ve met here.

Why are foreigners not likable in The Philippines?

There are many types of foreigner in the Philippines:  Package holiday makers away for a week or two, couples on honeymoon, the odd wandering backpacker,  an occasional rich movie star, and expats making new lives for themselves.

And, the other kind of foreigner…

The sex tourist foreigner. Mainly North American, and North European. There is however a growing number of Mid Eastern, and African rich types making their way over here too. And yes, they are all male.

I must admit I haven’t come across many foreigners I actually liked in the Philippines during my time here. From drunk foreign men looking for local girls (and the occasional boy). To the rich elite that seem displeased that you also are traveling in the same place as they.

A few exceptions, there are some nice expats in The Philippines:

But under all that, there seems to be a thriving community of genuinely nice expats who are living in the Philippines. Some keep a low profile, while others are a part of huge network.

The people running Nut’s Huts in Bohol are an example of nice foreigner expats. A very friendly couple that were down to earth and easy to talk with.

But, by far the most impressive expat I’ve met is Bob (aka Mindanao Bob) from Davao. I first came across Bob’s name from one of the many websites he runs call Live In The Philippines. I found it when I was searching for some visa information about the Philippines.

I left a comment on his website, and he posted back straight away. A few months later, I was looking for more information on the Philippines and again Bob’s website appeared. This time it made it’s way into my bookmarks and I kept on reading.

Then, as I was making my first journey to Davao I took an even closer look at Bob’s site and learned a lot from it. Including a lot about Bob. He has a little section on it about meeting up with him for a coffee. So I sent him an email. He replied and the following week we met up.

I really didn’t know what to expect before meeting Bob. Would he be one of those expats with a younger girlfriend and a constant beer in hand or …

“From website persona to the man himself I am really happy to say Bob is a great guy.”

Married with a son and daughter, Bob’s been living in the Philippines for the over 10 years. He had something better than a beer waiting for me too. He had a freshly brewed coffee from his large collection of coffee beans from around the world.

I was already a bit late in arriving to his beautiful home. And, was worried about missing my bus. But as we sat down and began getting acquainted the time just flew by as did my bus journey. But it was well worth it.

Meet a man who knows more than most expats:

Bob was a wealth of information about the Philippines, and in particular Mindanao. Hence his nickname Mindanao Bob! In fact as I sat there and discussed about meeting other expats in the Philippines, travel, and other things Pinoy I wished that I had met up with Bob a lot sooner.

Bob makes his living through an incredible and well put together colleciton of websites all about the Philippines. He even owns www.mindanao.com. If there was anyone more dedicated to giving the world a more positive and realistic perspective on the Philippines its Mindanao Bob! He also makes a great cup of coffee!

I recommend you try my own hotel search for The Philippines.

28 Replies to “The bad & the good expats in the Philippines”