Jose the Garbage Collector - The Philippines

Recycling has become apart of everyday life these days. Bottles, cans, biodegradable's they each have a special bin. In Asia 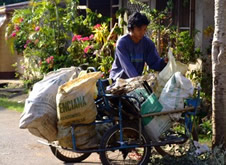 the growing population, economy and industry is often blamed for being one of the worst polluters in the world. But little is said about the recycling going on. Recycling on a macro scale not seen elsewhere.

Jose earns a paltry 1 peso per kilo of metal he brings in. 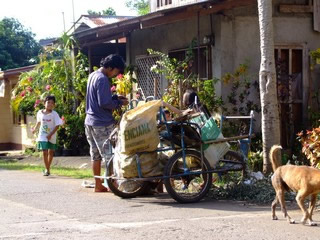 He buys metal for 50 centavos. It can be any type of metal. Pipes, nails, bottle tops, shavings. Even rust. It's just not metal he'll except either. Glass or plastic bottles, bags, paper, cardboard you name it, he'll try to buy it from you.

Jose is one of thousands of independent garbage collectors in the Philippines. He does it as a means of survival, a job. What I found 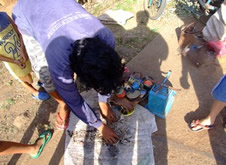 fascinating here was the scale on which he worked. Metal bottle tops, are one thing, but he'll buy needles and pin heads as well. Metal shavings, rust. You name it, he'll buy it and sell it on. 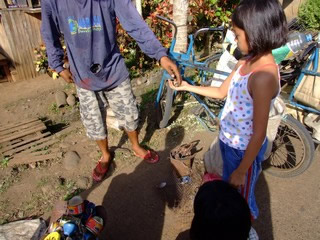 He cycles around in a converted tricycad (covered three wheel motorcycle) used to store various bags of sorted items. But perhaps his most prized possession is his weighing scales. He weighs everything up. A few children appeared while I was talking to him, translated through a friend, and they were selling 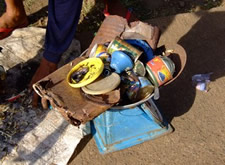 bottle caps and lids to him. Plus some pins, washers, shavings, and a priced empty can of tuna. A kilo in total. He gave them 50 centavos. Not a lot. But for one more kilo, they could buy a few sweets.

There's also a fringe benefit to this business. The streets were litter free. Everything can be sold on here. Bottles and cans are worth more in selling to Jose than leaving littered around. Plastic bags, wrappers and papers can all be stored up and sold on for a few pesos in future. The result, a little cash, and a lot of clean Jose bought a large rice sack of bottles, from a local lady before going off on this way. He calls out as he cycles around the neighborhood to let everyone know he's on the way. Then, once a week he'll make his way down to the harbor where he'll have his own bags of scrap metal and bottles weighed up.

What he gets for his own collection of materials I don't know. He mentioned something about 1 peso per kilo for metal. I hope he gets a better deal in future as the world starts to understand the true value of recycling. 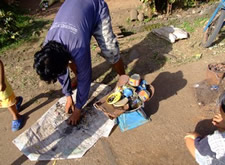 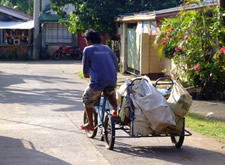 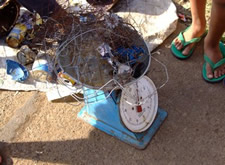