Travel Journal Overview: I was back in Spain. I had internet, and the world had indeed changed, as had I. 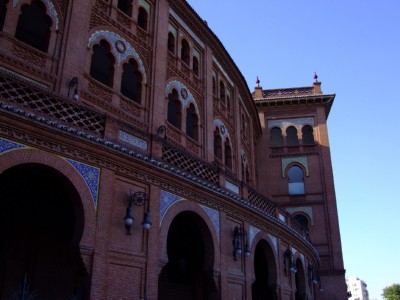 Madrid was my first proper stop over on my return from Africa. Of course the bags and plane were delayed. And a recapped visit to Portugal kept everyone waiting. But my Spanish friend waited patiently for me with his daughter once I’d arrived. We went to their central Madrid apartment where I stayed for two nights. I must honestly say I never felt so welcomed into a home as I did in Madrid.

Madrid had not changed much since the years I had been away, but it was different seeing it with a Spanish  family in their little car. I really am getting addicted to pickled vegetables in Spain, forget the Paella, give me the gherkins.

So onto the traveling … My Spanish friend called a hostel for me in Granada, the one place that alluded me in my previous travels in Spain.

I knew things were not right when he handed me the phone and said “They do not speak Spanish?!!”

Hmm, I took the phone and spoke to an American with a name like “Mythus” or something equally new age. I asked for a dorm room for the next day…it took the guy 3 minutes of audio able page turning for him to tell me he couldn’t understand the calendar! hmm, but at least he said their was a hammock on the terrace.

Ignoring the hostel scene, I booked myself into a little pension in downtown Granada, twice the price, but it was what I needed at this point. Visions of beer swilling “Bongs” and scantly clad GAP students was not on my list of priorities. Well, in hindsight maybe a scantly glad buxom beauty of a GAP student in my private pension room might have been the tonic I needed.

From the Bus I waved goodbye to my adopted Madrid family, and then I was off on my own again. I had the seat row to myself for the whole 6 hour journey to Granada, that is until the second stop when a severely hungover Spanish version of a GAP student collapsed into the seat beside me. And it wasn’t a buxom beauty, more like a hairy unwashed bull.

One Reply to “Madrid’s bullfighting ring”