To most people looking at the Philippines, from overseas, there are pristine beaches, lush rice terraces and all manner of diving opportunities. But, there is also one giant black spot; Mindanao. Just about every country has it black listed as a no go area.

It’s not my place as a traveller to get into internal politics nor disputes. Nor do I fill my journal here with such writings.

The basic outline is that there are several internal conflicts in the region resulting in kidnappings, prison breaks, bombings and other not so peaceful actions. Including the killing of more journalists than anywhere else in the world as of late 2009.

Indeed in 2008 the President declared it a warzone, its still one today in certain regions. Or at least under emergency rule at one time or another – just don’t tell anyone as you’d never guess it was!

So what better place for me to go and live in for a while?

In truth it has nothing to do with it being a warzone more than it is unexplored. The place is not visited that often by tourists, nor travelers. Davao, is an exception and an extremely safe city. As is Cagayan de Oro which is the gateway to Camiguin island. Even Zamboanga City to the far west is a safe place, if you know how to travel safely.

I’ve found Mindanao to have more indigenous festivals than any other region in The Philippines. There are cool forested regions, the food is good and never have a I seen any misgivings. The army is certainly more present in Mindanao than anywhere else, but then that’s a good thing considering the troubles there. Stop and search procedures on buses take place regularly, though never very thoroughly.

Having lived and traveled in other hot zones like West Africa, Pakistan and during the riots in Tibet I know all too well the pluses and minuses of such regions. 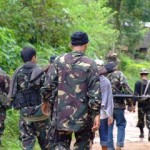 Devoid of backpackers, tour groups and package tourists Mindanao offers a refreshing cultural aspect of the Philippines that many people simply do not get to see or experience.

Whilst the beaches are not a touch on Palawan, nor are there massive rice terraces like in Banaue, there is a wealth of festivals and local culture that’s hard to get anywhere else in world. It’s hard not to feel alive in such a place!

Welcome to a new part of my travels and search for home in the Philippines. It’s time to see the places others fear to go and time to get to know some locals … And oh yea, did I mention that I might have secured some short term “work” cough, I mean “volunteer opportunity” cough, I mean …

I recommend you try my own hotel search for The Philippines.

Seeing the Unseen: Introducing some people …


18 Replies to “Traveling and living in Mindanao, The Philippines”