Guide to Guide to Loy Krathong in Sukhothai Thailand

About Loy Krathong in Sukhothai

Sukhothai celebrates Loy Krathong (Loi Krathong) - a festival of light - every year like most of North Thailand. The difference with Sukhothai's celebrations and the rest of Thailand is that Loy Krathong originated in Sukhothai and the historic park makes a spectacular setting when it is lit up. In Sukhothai the Loy Krathong tradition of placing floating lanterns in water is also carried out.

The combination of ancient temples lit up with colorful light. Loy krathong (floating water lights) being set into the rivers and moats. Khom loi (floating sky lanterns) setting sail into the night sky. Traditional Thai dancing. A theatrical light show. A theatrical telling of Loy Krathong's history in Thai. Along with several long firework displays makes Loy Krathong in Sukhothai one of the best places to experience the festival.

For those wishing to attend Loy Krathong in Sukhothai it's highly advisable to book your accommodation in advance due to the small cities relatively limited number of hotels (see below for more).

The act of setting a floating light onto the water during Loy Krathong is meant to be seen as sending your bad luck and worries away.

History of Loy Krathong in Sukhothai

Loy Krathong's history is slightly obscured with several versions. The first indicates that the tradition of floating lanterns in water was started during the early Phra Ruang Dynasty (1238-1428). It is said that one of the kings (Sri Indraditya-1238-1270) wives (Nang Nopphamat), or possibly a court lady, began the custom as a way of showing her duties. However this original version is now held up in doubt due to a poem that's since been dated much later.

During King Rama III's reign a poem outlining the above tradition was found bringing into question the original idea of floating a light in the water. It's said the poem was written much later in the 18th century to advocate a wife's duties and to assert her as a role model.

Another older version of Loy Krathong's origins state that royalty sent floating lights into the rivers as a way of paying respect to the Thai Goddess of the Water,  Phra Mae Khongkha, for providing such bountiful supplies of water and to ask for her forgiveness for the pollution they have caused to it.

The first definitive proof of Loy Krathong's modern origins comes from King Rama IV in 1863 who indicates that Loy Krathong came from a Brahmanical (ancient Hindu) festival and was adapted by Buddhist monks to honor the Buddha.

This final record of Loy Krathong indicated that the candle shows respect to the Buddha with light, while the krathong floating away symbolizes letting go of all one's hatred, anger, and sins.

Today this latter meaning of Loy Krathong in Sukhothai (and the rest of Thailand) is the one that is upheld along with many Thai's who are simply paying respect to he water goddess.

Day one - Dawn of Happiness Greeting

This is a celebration that offers dry food (alms) to monks at the Tra Pang Ngoen pond.

An evening of traditional Thai dance, drama and music at Wat Chana Songkhram. During the day (early evening) you can watch as people practice routines and begin to change into costumes.

A day when traditional exhibitions go into full swing in the historical park. Everything from day time dances, plays and martial arts are displayed. Souvenir and food stalls open to everyone.

One of the main highlights during Loy Krathong in Sukhothai. An evening of light shows, fireworks and dance by Wat Mahathat.

On the final day of Loi Krathong in Sukhothai a member of the Thai Royal Family often visits to float a Krathong so expect tighter security along with more pomp and ceremony!

The launching of Sky Lanterns (Khom Loi) happens during the Light and sound presentation. This is a relatively new tradition that started in Chiang Mai to the north with the Lanna festival of Yee Peng.

Although local Thai's and tourists do launch sky lanterns during Loy Krathong in Sukhothai it is not on the massive scale that occurs at the Mae Jo University in Chiang Mai nor the purposeful tourist show a week later.

In 2014 the interim Thai government announced a ban on the public launching of sky lanterns over aviation safety fears. Lanterns still get released in Sukhothai just not on a grand scale.

In 2018 it looks like there will be a Sky Lantern launch in Sukhothai.

Here's a full guide to Loi Krathong in Chiang Mai.and a full guide to the Yi Peng sky lantern festival in Chiang Mai. Due to Chiang Mai's close proximity to Sukhothai it would be possible to visit both events for a few day though you'd have to pick only one for the final day. You would also need to book all your accommodation well in advance.

Map of the best places to see Loi Krathong in Sukhothai

All the major activities during Loy Krathong in Sukhothai take place in Sukhothai's Historical Park. The map below will show you where the main attractions are located.

It's also worth noting that much more low key floating of lanterns takes place in New Sukhothai by the river Yom.


Where to get tickets for Loy Krathong in Sukhothai

Tourists don't need any special tickets to enter into Sukhothai Historical park other than the normal entrance price for each of the four main sections.

For the light & sound presentations you will need to purchase a ticket either in advance or on the evening. Official tickets cost 500 Baht. These official tickets are available from a special booth set up near the parks main entrance ticket office.

Alternatively you could simply ask your guesthouse or hotel to help you acquire a ticket. Do be aware of inflated ticket prices though. Most smaller guesthouses will only add a little.

Do be aware of online tours to Loy Krathong in Sukhothai charging excessive fees for short fees to the celebrations.

Loi Krathong is lunar based with a full moon of the 12th Thai month. So exact dates are not known until about a month before the actual event. However due to its popularity and the fact it is spread out over five days the dates are fairly accurate.

Again, these are not confirmed dates. But these are the dates of Loi Krathong based on the full moon on which the festival is based.

Accommodation in Sukhothai for Loi Krathong

Accommodation in Sukhothai for Loi Krathong books out fast. It's a popular destination for tourists and Thais alike which is growing every year. Book well in advance for your preferred accommodation standards and prices.

Sukhothai is a small city which has a limited number of hotels so prices are key often shoot up in the days and weeks leading to the festival.

Check out my great hotel search. It uses the best online hotel prices for Sukhothai.

Remember, book well in advance for this years festival! 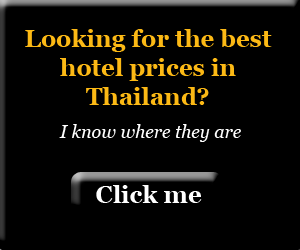