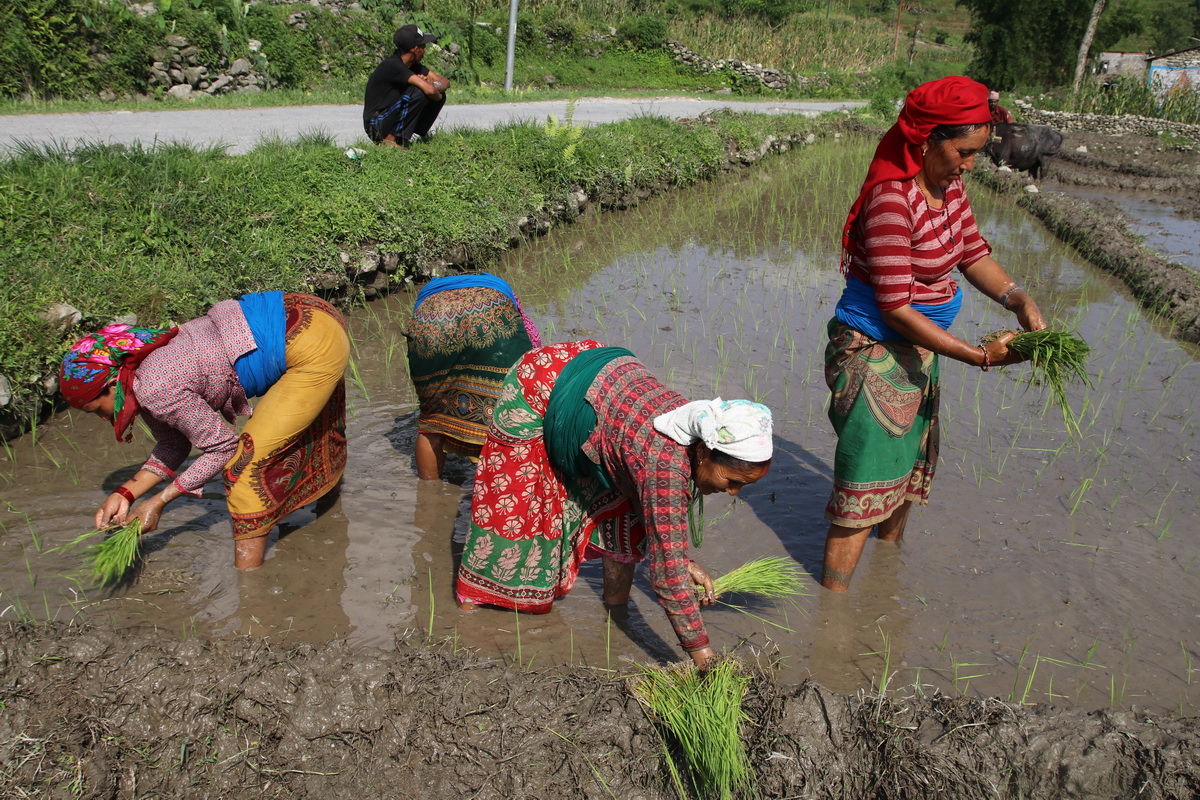 I don’t particularity like traveling in Nepal during the monsoon season (late June, July, August), or rainy season as it’s sometimes known as. Not because there’s nothing to do, but because of the bad infrastructure (roads) and communication.

There’s still lots to do in Nepal that’s fun and exciting but you should be aware of the extra things that happen when the seasonal rains come.

There are constant road closures which are never announced which means being stuck on a bus for up to 19 hours. Many activities are stopped due to the rains. Flights are frequently delayed or cancelled. Cities and villages get flooded. It’s also humid and hot.

There’s an element of danger too. Landslides and mudslides are regular occurrences in Nepal during the monsoon season. While generally tourists are safe it’s important to know how to take care and what to avoid.

When is monsoon season in Nepal?

The monsoon rains generally arrive in mid to late June. They continue through July and August. In recent years climate change has meant that the rains have often been delayed as they are in 2019. Then when they come they are either persistent light rains that last all day or torrential heavy downpours that last a couple of hours and cause flooding.

Even though Nepal is a small country monsoon rains change a little throughout the country. The Kathmandu Valley usually remains cooler and less effected with daily downpours that last a few hours -localized flooding occurs but usually clears quite quickly. Pokhara, Lumbini and Chitwan usually remain hot, humid and have heavier downpours.

In the mountains downpours remain constant depending on altitude. You can still get very clear skies above 4,000 meters at certain times of the day. With rains coming at night or during daily bursts. Clouds can roll in though and obscure mountains for days at a time. However, mountain weather is notoriously difficult to predict so airing on the side of caution is best.

Going to Nepal later in the year? Do read about the best time of year to go trekking in Nepal.

Bus travel during monsoon season: Take recommended tourist buses instead of local ones during the monsoon season. Taking a tourist bus to Chitwan or Pokhara can result in additional delays due to landslides the night before. Most are not “dangerous” per se but roads can be blocked for up to 8+ hours. Do read more about the Kathmandu to Pokhara bus.

Taking local overnight buses is not advised as monsoon rains often hit hard at night, adding an element of danger to your journey. So travel during the day on tourist buses is a better option.

Flights during monsoon season: Flights are often canceled during the monsoon season in Nepal. Always aim for the first flight of the day. If it’s canceled then there’s a strong likelihood it won’t take off until that afternoon or the next day.

Bad communication skills in Nepal mean that even calling from Kathmandu to a hotel in Pokhara to ask about the weather doesn’t mean you’ll get a straight answer. Don’t let it stop you from asking, but do not expect to find out too much information.

Stay in good accommodation: if you are on an extreme budget monsoon season is not the best time of year to stay in makeshift accommodation on hills or under them. Most don’t have foundations and are not ready for the monsoon rains. Stay in registered accommodation preferably in a town or village that’s not known for landslides. Do check out my accommodation pages starting from hotels in Kathmandu.

All treks remain open. However since the 2015 earthquake Langtang treks, in my opinion, are still not safe during the monsoon season. Especially for those who have never been trekking before. It’s a very profitable trek for many trekking companies so there are many reports of it being open, it is. However there were fatal landslides in 2016 and 2 reports of trekker fatalities in 2017 in Langtang. Personally, I would avoid it during monsoon season.

For other treks to consider then look at the Annapurna side for shorter treks. Dhampus, Australian Camp. Even Mardi Himal. I would avoid Annapurna Base Camp due to the slippery nature of the terrain there. Annapurna Circuit is wet, but feasible. Everest Base Camp is also possible but there’s a high chance of cloud coverage.

The good news is that during monsoon season many of Nepal’s treks start filling up with beautiful flowers making it one of the most unique periods to visit them if flowers, fauna and wildlife are what you want!

In all cases I would recommend taking a guide with you during monsoon season trekking in Nepal for safety reasons. They can call ahead for weather reports, know what to do and where to stay during heavy downpours. I also highly advise anyone who goes trekking during the monsoon season to get good Nepal travel insurance, including the altitude you’ll be going to. Not doing so, is simply crazy!

Things you can do during monsoon season in Nepal

Visit heritage sites throughout the Kathmandu Valley! All heritage sites are open and safe during the monsoon season in Nepal. Visit Kathmandu Durbar Square, take a heritage walk in Kathmandu, or visit Bhaktapur, Patan and visit Panauti, Kritpur or Thimi. It’s all easy and feasible. What’s more if it’s been raining the stone and metal around the temples can make for lovely photos.

There’s lots of things to do around Kathmandu city too. Including some lovely heritage walks.

Mountain biking is often touted around the Kathmandu Valley during the monsoon season. But I don’t recommend it until both the traffic and pollution is cleaned up. It’s just not a fun experience in the humid heat and rain mixed in with all that traffic. Try Pokhara or Chitwan instead for mountain biking!

Chitwan and Bardia are possible to visit but it’s very hot there and tigers are usually deep in the jungle then. Rhinos and elephants will be more common in Chitwan. While in Bardia it will be harder to spot rhinos but wild elephants will be around. But bring mosquito repellent and rain gear!

Rice planting: the start of the monsoon season sees a local rice planting festival (Ropain) take place in Nepal. Events that invite tourists to plant rice are held in Kathmandu and Pokhara. Alternatively just visit some of the local rice farms to catch a glimpse of Nepal’s staple crop being planted. Check out more festivals in Nepal here.

As you read above there’s plenty to do in Nepal during the monsoon season. But you should plan ahead. Pack well and be prepared for bus or flight delays.

For those planning to visit during the rainy season do check out my Nepal guidebook below which is filled with things to do during monsoon season.